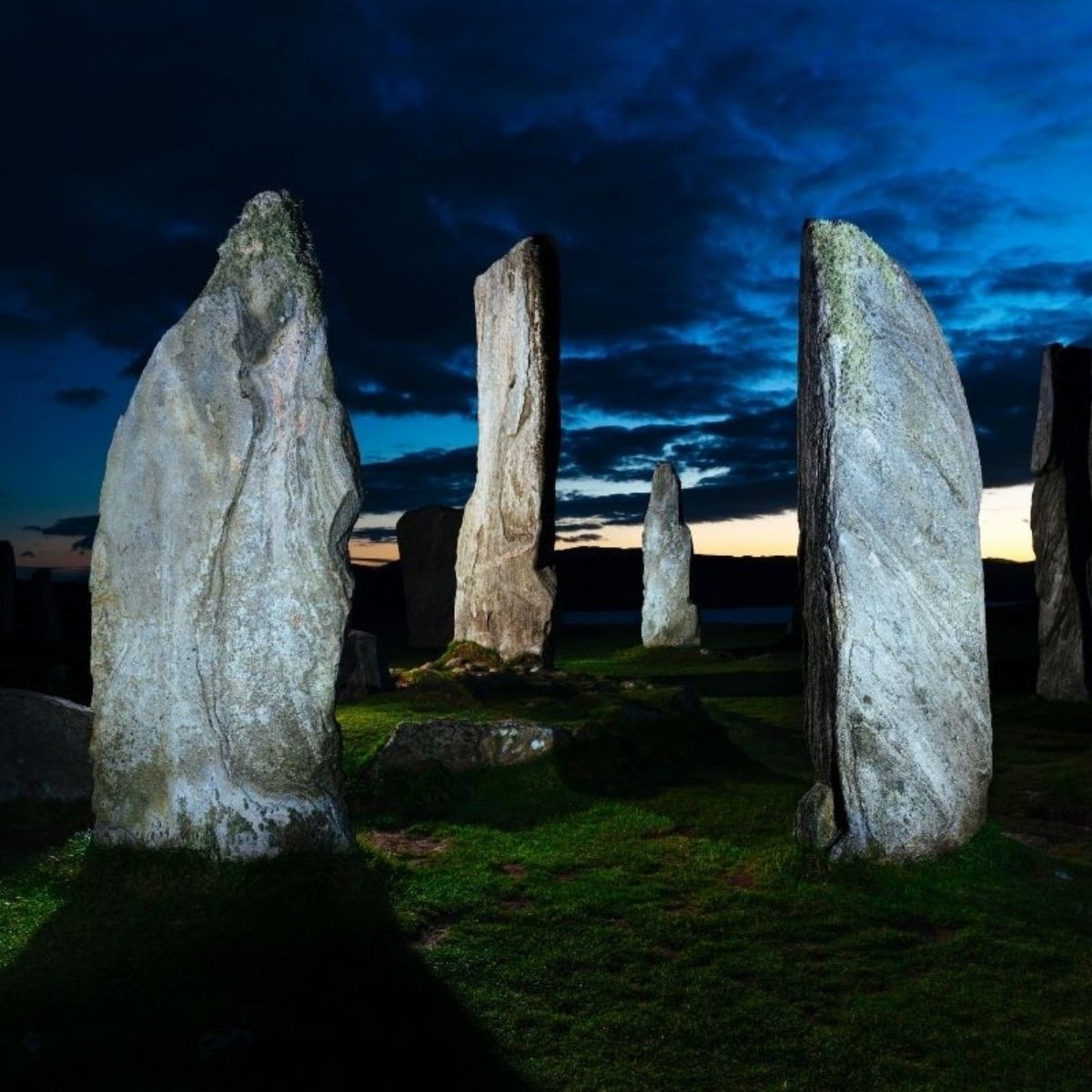 I promised y’all that I would be sharing my various favorite paranormal books over the course of the month and this week we are all about the other. You know the witches, demons, devils, and all that other stuff that didn’t fit into one of my other categories.

Once again I have a few authors that I love and read a lot. It is just how I am a lot of times. Although I admit I am not opposed to checking out new authors in this subgenre. I just know what I like and while I am okay with a small scare or a little fear, I won’t read hardcore horror at all.

1. Dance Upon the Air by Nora Roberts

Nell arrives on Three Sisters Island running from a man who hurt her in ways most can’t imagine. The island has called to her her entire life in some way. She finally feels as though she has come home and in many ways she has.

Coming to Three Sisters Island is fulfilling a destiny and fate Nell doesn’t even understand. She finds work at a local bookstore café that is owned by the local witch. A witch who will teach Nell the meaning of the word fate. Add in the super hot sheriff, Zach Todd and poor Nell is tied in knots.

I love the magic in this book. It is full of wonder. An abused woman finding her own and taking control of her destiny. Add in the way Nora Roberts describes the island and you have me wanting to move to it myself. This is the sort of book that Nora Roberts writes well and one of my favorites of hers.

2. Mated to the Reaper by Alexa Riley

Grim is the reaper for the undead and pretty resigned himself to spending his life alone. Spending his time watching vampires with their mates hurts more than he is willing to admit.

Ariella is different from her family. She feels the pain the death and has since her eighteenth birthday. She also is able to go out in the sun. She waits for death everyday but when the Grim Reaper finally comes neither of them expect what they find.

This was a great read but I honestly wished there was more. There was just something about this book that I enjoyed but I felt this was a quick read. I like to reread this one when I need something a little different.

3. The Stand by Stephen King

This book has been out for a while and has been made into two different television series. There are a lot of different characters in this one. It is about those who survive the spread of a dangerous virus. Like 99% of people in the world have died and all that is left are those who will have to decide what side they are on. Good or evil.

Like literally as the devil himself has come back to make his own stand. This was one of my favorite Stephen King books and one of only a handful of his that I have read. I enjoyed the old television series as well. I admit I haven’t watched more than the first episode of the new one.

There are a lot of emotions that come out in this one and I will say some of the people who die makes me very sad. Especially after we became so invested in them. However, it is a great story of good overcoming evil. That humans, no matter how flawed, will find a way to not only survive but thrive.

We started off right away with a fight scene and to be honest I felt a little like I had come into the middle of the story. It wasn’t bad but just a bit unsettling as I didn’t think I knew what was happening. However, things do get explained and right away Tessa suffers a loss. The one thing was for sure there was not going to be anything gentle in this book if that first scene was anything to go by.

Tess is very much a kickbutt and take names woman. She is running for her life and had made a deal with the devil. Well, the former king of the underworld to bring him his son’s head on a platter.

That head belongs to Loki, the current king, and from the moment the two of them meet sparks fly. He is openly the bad boy because hey, he’s the King of the Underworld so there is no point in hiding it. He does what he wants and has no remorse for it.

Without spoiling the book for you I will telling that every emotion possible is played out in this book. There is plenty of passion but there are lies, deceit, suspense, and so much more. This is also not a standalone as the story will continue to play out in the next book. This is just the tip of the iceberg so to speak.

5. Once in a Blue Moon by Delilah Devlin

In this world demon aren’t the typical ones you think of. They are a class of male supernatural beings (trolls, wolves, dragons, etc.) that can move up in status or class in various ways. One of the easiest ways to move up is to bind a witch to him.

That is the reason Bryn and her coven are leery of demons. They are already hiding from one who had enslaved Bryn to him. This is probably one of the most research paranormal romances I have ever read.

Ethan is a troll demon and I will say I will never look at trolls the same way again. I mean, lets face it all we ever think when we hear the word troll is soemthing that lives under a bridge. They could be giant or small but they were always to be avoided. Now, we me trolls who know what a woman wants.

This is one of Abbie Zanders paranormal romances and let me tell you I love this series. Just imagine if a vampire was unknowingly granted his wish of being human again for a single day? That’s what happens to Vlane when he meets Ana on the terrace of his home during a masquerade ball.

Ana grants his wish without meaning to because she is a fairy godmother. A “gift” she doesn’t understand at all. In fact, it isn’t until the second book in the series that we find out why Ana can’t remember anything about her gift. Although that book is about two new characters and just as awesome. I digress! Vlane spends a day as a human and finds that he must meet this mysterious woman that no can remember.

Ana has an attraction about her that most males find alluring. She doesn’t understand and neither do they. They just want to be around her. This book has so much going on and every second is a thrill.

7. Bag of Bones by Stephen King

This is not a romance book at all. It is another one of Stephen King’s book that I just enjoyed. Mike Noonan is a best selling author and four years after his wife’s death he heads to the summerhouse he calls Sara Laughs

There he finds millionaire, Max Devore, whose vindictive purpose is to take his three-year-old granddaughter, Kyra, away from her widowed young mother, Mattie. As he is drawn into Mattie and Kyra’s struggles Mike begins to uncover more terrifying things may have happened at his cabin years ago.

This one was also made into a movie and I will say it scared the crap out of me. However, there was something about this story that made me keep reading. I thought the storyline was great and as I’ve said horror isn’t my thing but this one is so well done.

8. The Hollow by Nora Roberts

This series is Nora Roberts take on Stephen King. At least that is how it feels in my opinion. The entire series is good but I wanted to showcase this second book. In this book we still have Fox, Caleb, and Gage fighting the demon they unknowingly unleashed when they were boys.

This book focus more on Fox and Layla and the relationship that is building between the two. I adore Fox in this series. His parents are free loving hippies who do their best to be at one with nature. I love that they go to the beat of their own drum and taught their children to do the same.

Layla is a bit of a scared mouse at times but she strengthens her shores up rather well as the story progresses. She has every reason to be scared as she was targeted in a rather horrible way.

9.Bound to the Battle God by Ruby Dixon

This is a rather long book but I love it! Faith, is transported to another land/time, captured and sold as a slave. She is part of the creepiest beauty contest ever! The winner get to serve as the slave-girl to the god of war for a year. Right away you know they aren’t telling you everything. You can just tell there is so much more to this weirdness.

Aron, Lord of Storms, Butcher God of Battle is everything a god of war should be. Faith however tempers him nicely. The relationship here comes at a slow burn and the worldbuilding was beyond belief.

This who series just makes you want the next book and each one has been good so far. However, none have been as great as this one in my opinion.

Please note this book has changed as well. So you may see a different one when you click any links.

We meet Iona who sets out for Ireland and the home country of her grandmother whom she loves very much. While there she meets Branna and Connor O’Dwyer, her cousins who invite her to stay with them. This is bringing the three chosen together for their joined destiny.

Iona also realizes that she can make her life there in County Mayo and finds a job at the local horse stable. Of course that is where she meets Boyle who is her love interest. I liked Boyle but there wasn’t that spark that many of Nora Roberts’ other characters have. He seemed a little narrowminded at times for someone who grew up with witches.

The story was good enough to lead me to the next two books in the story because I really loved some of the other characters. Not that Iona was a bad character, I just felt she could have been a little better.

Enter below for your chance to win the all 10 ebooks mentioned as well as a $25 Amazon Gift Card. Just in case you want a paperback or two! Giveaway ends November 5, 2021 at 11:59 pm est and is open worldwide.