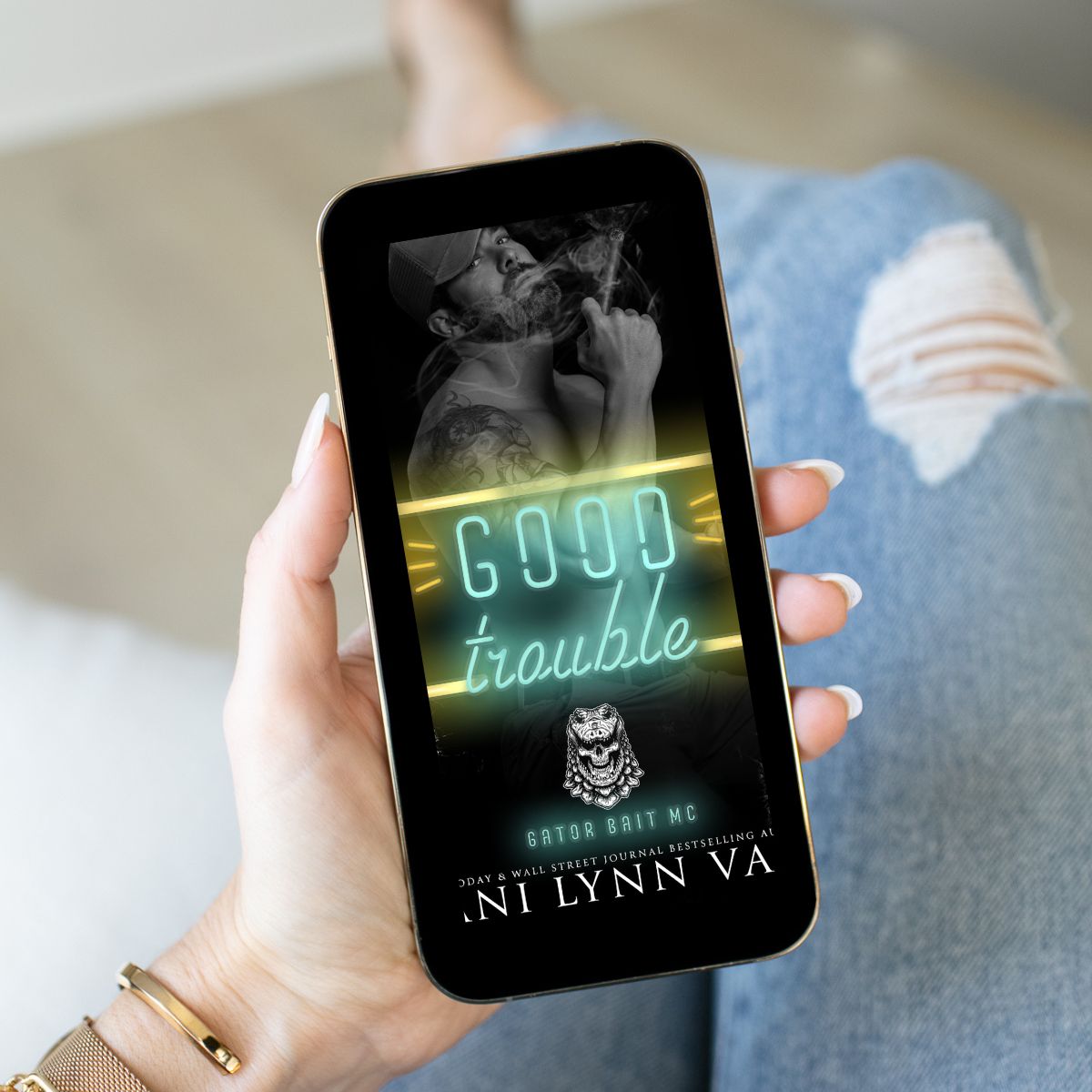 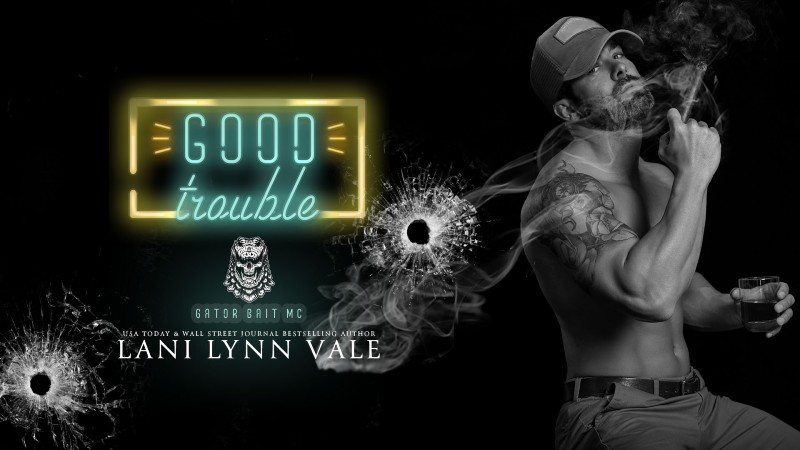 Only Lani Lynn Vale could have written this story! I mean you aren’t supposed to fall in love with your husband’s brother. That is an unwritten rule but trust me when Bain is that brother how could you not? 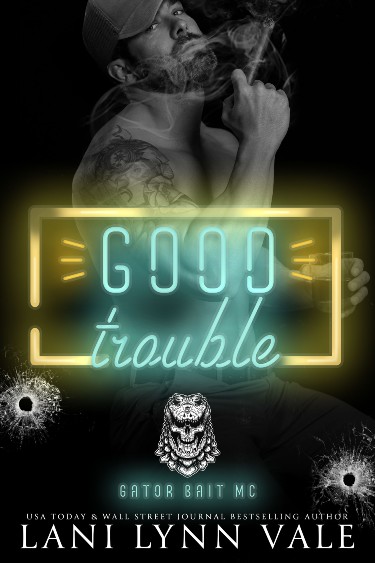 Bain met Diana, a.k.a. Luce, the night before he was set to deploy to Afghanistan.

It’s not every day that you take your brother’s girlfriend to prom because he refuses to put out the effort.

That night was one of the best nights of his life and the next day, he leaves and doesn’t see her again.

But there are letters. Not many, but enough for them to form a connection.

Over the two-year deployment, they became great friends.

The best of friends—at least, as good of friends as you can be when it’s your brother’s wife.

Fast-forward six years and she still counts him as one of her greatest friends. Even going as far as to stick by him when he’s sent to prison because his own brother turned on him.

Luce had a crush on her then-boyfriend’s brother since way before she and Bain’s brother were married. From the moment he volunteered to take her to prom, she’d fallen.

Over the years, she’d tried to hide it. Tried to go on with her life and act like she loved her husband and only her husband. But as time went on and Braxton started to treat her more and more like crap, she realized the truth. Her husband wasn’t Bain. Her husband would never be him.

The smoking gun, though? The thing that made her realize it was time to leave?

When her husband stood by while she was assaulted, while the man she tried to act like was just a friend protected her. Then was sentenced to eight years in jail for it.

It was time to admit the truth.

Bain McDempsey was it for her. She just had to help him see it. Oh, and get him out of prison first.

Bain met Diana the night his brother refused to take her to the prom. After a standoff Bain offered to take her. After all she looked like she really wanted to go and Braxton, his brother, was being a jerk. That night ended up being the best night of Bain’s life in his words. Don’t worry it was all platonic. That was also the night he gave Diana the nickname Luce.

For Luce, Bain is everything his brother isn’t. He’s the man she is in love with but she marries his brother while Bain goes off to do Navy things. They do keep in touch and remain friends. I will say that sometimes Lani Lynn Vale writes things that make my poor stomach clench. I can’t imagine marrying Braxton after falling in love with Bain. However, she had her reasons and it all fits well with the story line.

When Luce is attacked it’s Bain who steps in to defend her and ends up going to prison for her. It’s after this that she divorces Braxton. So we get all of this mostly from Luce telling others and a prologue of the prom.

We get Bain and Luce seeing one another again on the day he comes home from prison. It is clear from the beginning that he was not told a lot of things. He’s pissed too. I love the way he interacts with people. If he doesn’t like you he doesn’t even pretend to be nice.

Things happen that bring them even closer and let me tell you the chemistry they had you could feel burning off the pages from the moment their eyes met. If two characters were ever just fated to be together it was them. I love that and I love the way they both see the other in ways that no one else can.

Luce struggles with her mental health and Bain doesn’t belittle her for it. He’s there standing beside when she needs him to be and at her back always. Luce doesn’t feel the need to say anything about how Bain interacts with other people. Although there are plenty of women who would.

Braxton was a jerk from day one and honestly he never got any better. I hated him so much. Although, let me say there is a point where I almost felt sorry for him. Especially with the fact that he has kids he doesn’t see. I also kind of felt like there may be more to him than he shows.

I will say this book had plenty of crazy in it and I loved every second of it. There were also plenty of hilarious moments in the book as well. The unclaimed MC make everything more interesting. The fact they don’t really want to be one but act like one is great. They have a newfound family that is slowly still finding its way and I can’t wait to find out what the next book brings us.

Hero’s Family: Holt (father), Hilary (mother, and Braxton (brother) who happens to also be Luce’s ex-husband. There are also some nieces and/or nephews but that is explained in my review.

Heroine’s Family: Desiree (mother), her father is also in the book but for the life of me I couldn’t remember his name and when I searched the book it didn’t just pop out. Not to mention Braxton her ex-husband.

“I’ll take her,” I said out of the blue.
My mother and father both looked at me. Braxton looked at me. Braxton’s nondate looked at me.
For the last hour, the girl had been standing in our kitchen bitching at Braxton all because he wouldn’t take her to prom.
Not that I really wanted to go myself when I was their age, but I definitely went. Because that was just one of those things you did in high school. You went to prom. It was a core memory.
“What will you wear?” she asked carefully, considering it.
I could see the wheels turning in her head. She definitely wasn’t opposed.
I could also see the excitement. She really wanted to go, and she didn’t have to go with her boyfriend to be happy.
Plus, I could see that it was pissing Braxton off that I offered to go with her.
“I have my Navy dress uniform.” I grinned.
“Dee…” Braxton started, hesitant now.
“Sweet.” She clapped giddily. “Let’s go!”
“Diana.” Braxton snapped.
Diana looked at him, dismissed him, then looked at my parents. “Thank you for being patient with me.”
“Go get that uniform on,” my mom teased.
Dress whites for the win.
“Awesome.” Her eyes lit. “When can you be ready?”
I looked at my watch. “Five minutes?”

Previously in the Series