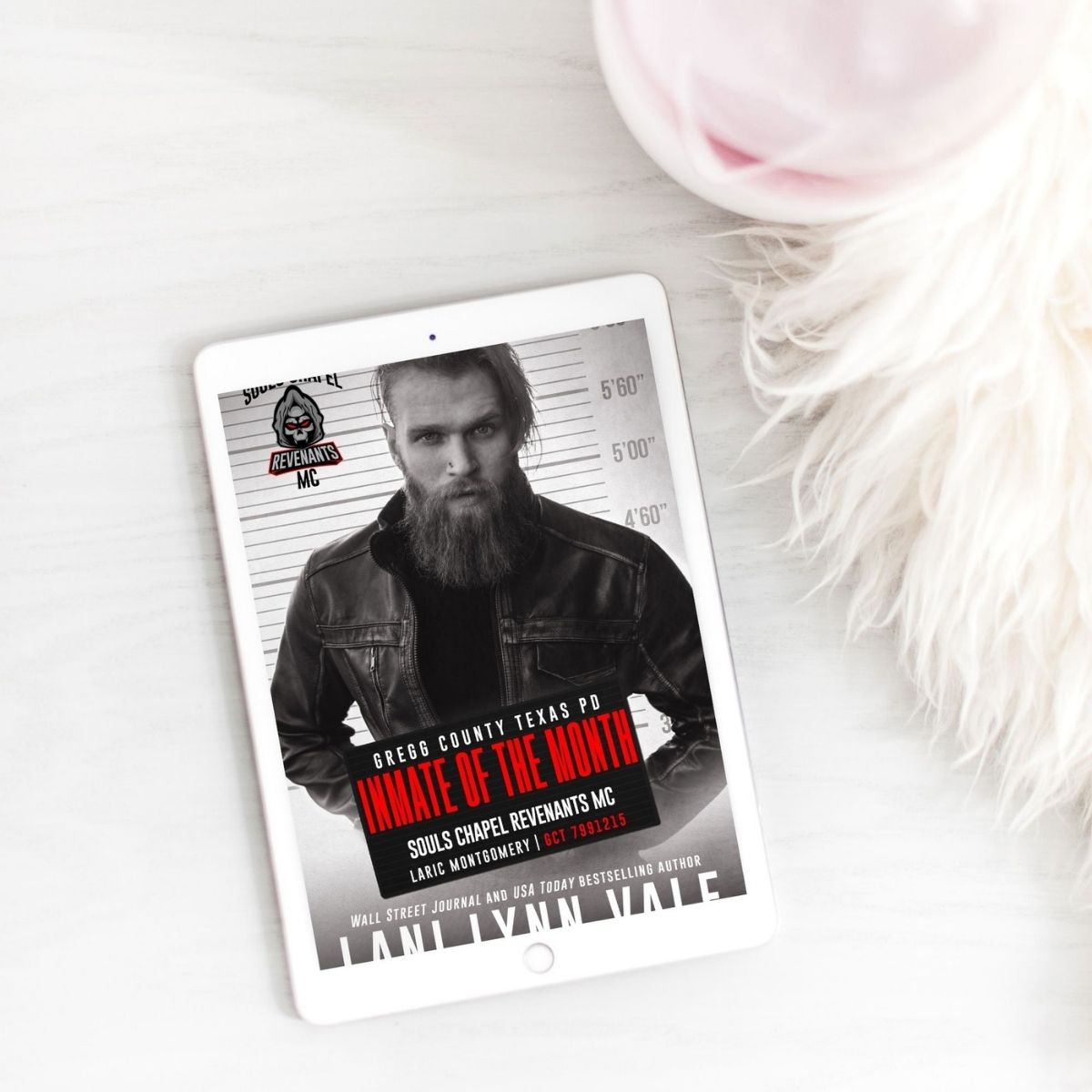 We are back with the guys from the Souls Chapel Revenants MC and this time we are learning about Laric! He is one of the characters I have been waiting to find out more about. After all his father started the MC and he didn't know he was his father when he joined. 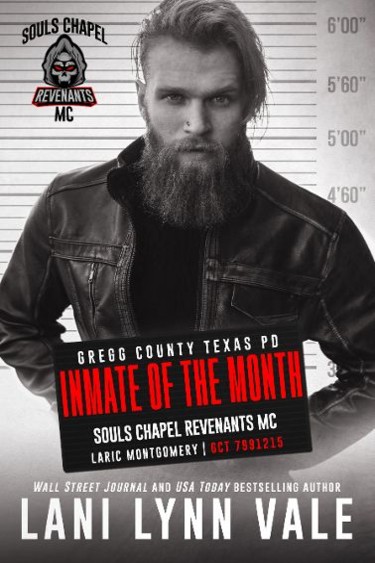 One second, he has an ex with an ax to grind, and the next, he’s internet famous—and definitely not in a good way. In an, it’ll ruin your career, kind of way.

Only, Laric didn’t know that he was internet famous.

Not until a black-haired beauty walks into his life, and stumbles over every word that she says because all she can picture is him doing the unthinkable for the world to see.

Sadly, that’s not the only thing wrong in his life. His world is messed up, and he likes it that way.

There’s no room for a woman that wants to fix him.

Because fixing requires intimacy, and intimacy isn’t something that Laric does. Not after the life that he’s lived, and the things he’s done to survive. Oh, and let’s not forget the fact that he’s a felon, and he has no regrets about how he got that title.

The last thing he needs in his life is a woman that has her head in the clouds and thinks this world is made of butterflies and confetti.

However, Catori isn’t who she seems.

The day she meets tall, dark, and handsome, he saves her life. And then never leaves—though not for his lack of trying.
Not that she’s complaining about the way they’re thrown together, time after time. She’s more than willing to have a man like Laric around. Mostly because she’s already seen the good in him that he refuses to admit that’s there.

I am so excited to be getting Laric’s book but then to discover that Catori is his woman is almost too much to stand! So to give you a little background, Laric is Lynn’s son. We found that out in the very first book of this series. They don’t have much of a relationship or at least it is strained a bit.

From the moment these two lay eyes on one another the chemistry flies off the pages. I mean it is so hot and tangible that you can feel it burning through the pages. We could not have asked for two better characters and if there was ever a character to have made the wait worth it then it is Laric. Both have exes that cause all sorts of drama. Right from the beginning of this book the drama begins and just doesn’t let up.

I will say that I love Zak in this book although there are times that I am waiting for someone to just punch him. He would deserve it but he is still awesome. The fact that Catori had no problem putting him in his place had me laughing out loud.

There were a couple of things I wished we got more of in this book. First, Zakelina! In the beginning she is there and she tells Catori that Laric is her best friend. We met this little girl in an earlier book and she was hurt badly. I would have loved to see more of her in this book since she had such a connection with Laric. I get why we don’t but I would have loved to see her more.

I also would have enjoyed if maybe Silas had made an appearance. After all he is connected to Catori through Adam (Silas is his father in-law) but then I would have also liked to see Ghost since he is Lynn’s nephew. Again, I understand why we didn’t really see them. I mean you can’t add in every single character.

“I feel like I’ll be learning all about that big mouth soon.” I paused, wincing slightly. “I didn’t mean that at all how it sounded.”

Adam started to laugh. “Oh, God. Y’all will be perfect with each other. By the time we’ve found Thor, you’re either going to kill her or marry her.”

I highly doubted that I’d marry her. Though I found her highly attractive, I’d sworn off women for the most part.

Women required you to be home every night — and I wasn’t.

Women, particularly someone you wanted to spend the rest of your life with, likely required children — which I knew didn’t need to have a dad like me.

Not to mention I just straight up didn’t know how to deal with pleasing a wife or girlfriend. I mean, I knew sexually I could more than make her happy. But women, significant others, required love. Sacrifice. Devotion. Understanding. I just didn’t know how to provide those.

A, I wasn’t sure that love was even real. I’d never seen it and highly doubted that it was an ‘actual’ thing.

B, sacrificing would be okay. I could do that. But I couldn’t keep doing that. I’d be willing to bend, not break.

As for devotion and understanding, I’d been taught over and over again that those two things were a f-ckin’ myth.