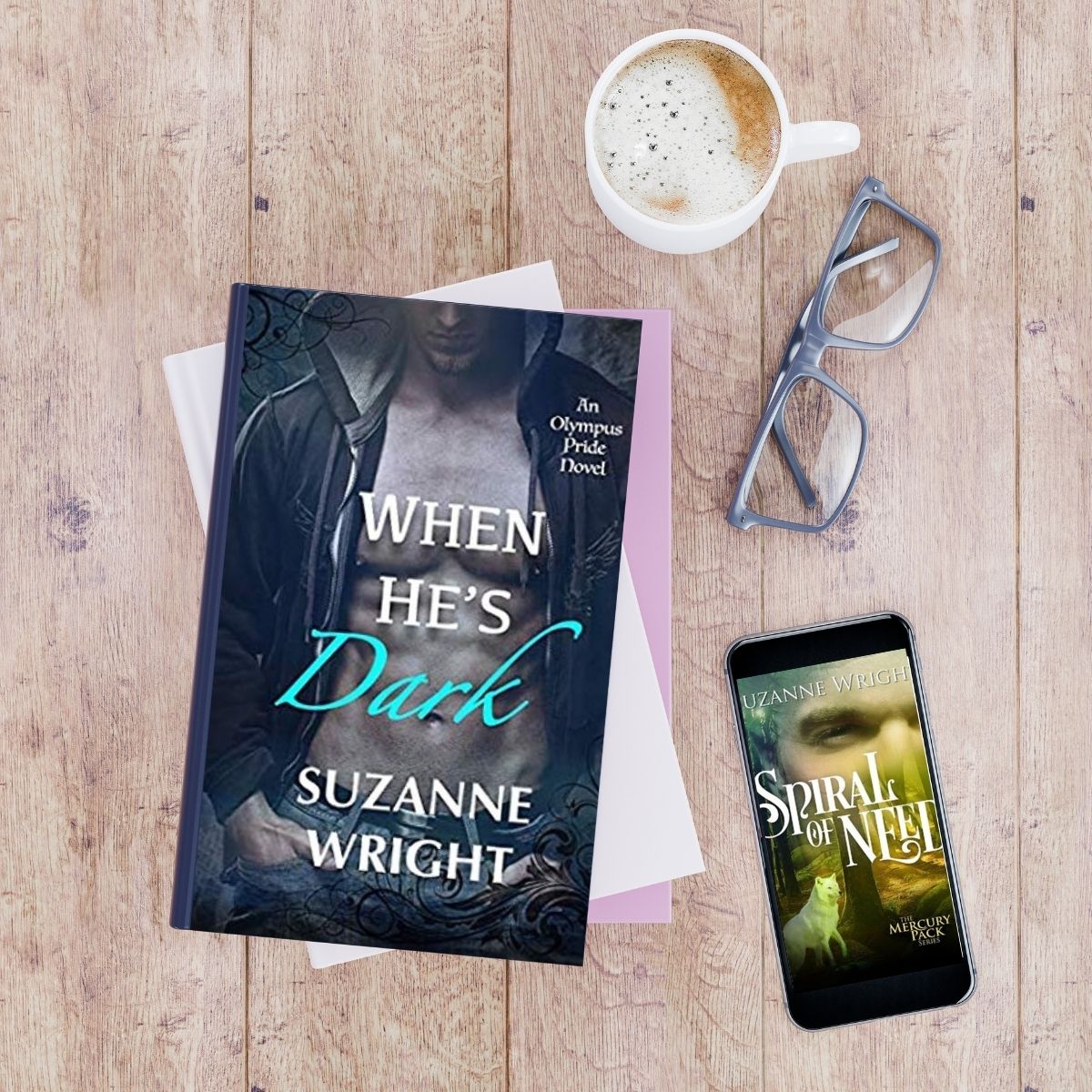 It’s the beginning of a new month which means time for our newest Featured Author! This month we are showcasing author Suzanne Wright! she writes three of my favorite shifter series. She actually has another series but I haven’t ever read it so I can’t say much about it.

When female wolf shifter Taryn Warner first encounters Trey Coleman, an alpha male wolf shifter with a dangerous reputation, she’s determined to resist his charms. After all, Trey—who was only fourteen when he defeated his own father in a duel, winning the right to be alpha of his pack—can’t have anything to offer the talented healer besides trouble, or so she thinks.

Taryn finds herself drawn in by Trey’s forceful demeanor and arctic-blue eyes, and she eventually agrees to enter an uneasy alliance with him. If the two succeed in convincing their respective packs that they’ve chosen each other as mates, Trey will win valuable political allies, while Taryn will escape an odious arranged mating.

But there are a lot of potential pitfalls to this plan—including the very real possibility that the wolf shifters, overwhelmed by their growing attraction to each other, will be unable to maintain the clear heads needed to pull off the deception.

Spiral of Need
(The Mercury Pack #1)

But a girl doesn’t exactly need special powers to know that Derren Hudson despises her entire kind. Disdain practically rolls off the Beta of the Mercury Pack . . . disdain mixed with a healthy dose of desire. And no matter how much the ruggedly handsome male appeals to her, this is one call of the wild she’s determined to ignore.

After one betrayal too many, Derren doesn’t have much use for Seers — except for Ally.

Forced into acting as her protector, he finds himself intensely and passionately drawn to the woman who incites his primal instinct to claim.

And when enemies target the pack, Ally’s gift may be just what the Mercury Pack needs.

Can he put his distrust aside, or will he force himself to turn his back on the one woman who makes his inner beast howl?

When He’s Dark
(The Olympus Pride #1)

Cat shifter Bree Dwyer doesn’t fear much. Ironically, what she fears most is the person who was put on the Earth just for her. Your true mate wasn’t supposed to be cruel and twisted; wasn’t supposed to be someone who’d never love or want to claim you. The rumors that her true mate is dead bring her only relief. Bree’s intent on moving forward with her life and building a future with someone else. Sadly, the male she wants most is one she can never have—a hot-as-sin wolverine shifter who happens to be her boss … and the cousin of her predestined mate.

Aleksandr “Alex” Devereaux detests being bullshitted, but he’s been lying to himself for years—pretending he thinks of Bree as extended family; that he doesn’t want her so bad he aches with it; that he can’t feel himself weakening against her pull. The night they spend together changes everything. He’s done fighting himself on what he wants. Someone isn’t happy about that. Possibly the same ‘someone’ who’s playing mind games with Bree, trying to scare her. They’re succeeding, because too many leads point to the possibility that the culprit could be the one person that she’s determined to believe is dead.

The three books above are each the first book in the three shifter series that I enjoy. she also has a new series beginning this year and I will let y’all know what I think of it. Now take the time to enter the giveaway below and maybe connect with Suzanne Wright on social media.

Suzanne Wright lives in England with her husband, two children, and her Bengal cats. When she's not spending time with her family, she's writing, reading, or doing her version of housework - sweeping the house with a look.