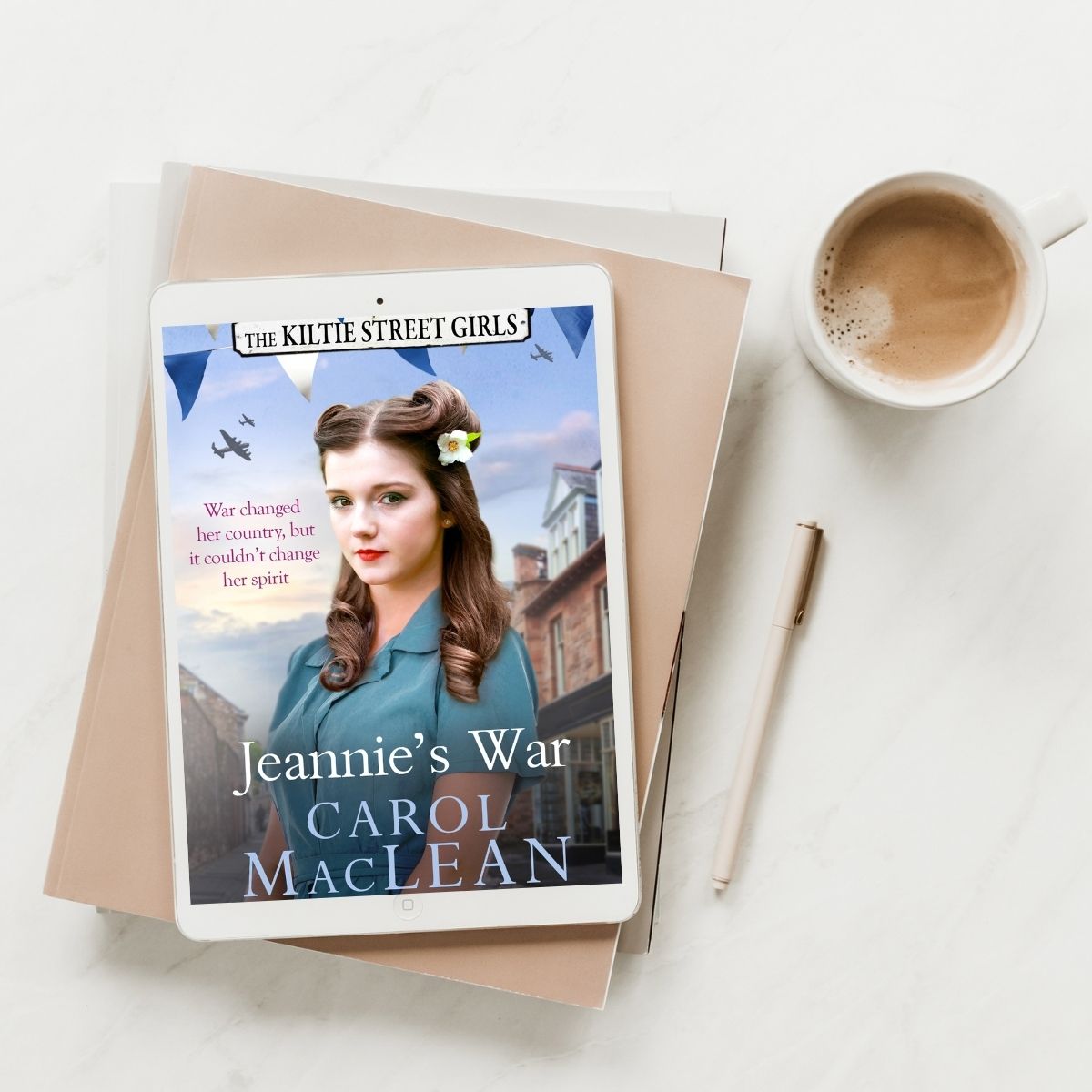 Get ready for an emotional novel set in a beautiful war-torn country where women begin to find themselves and families are torn apart. 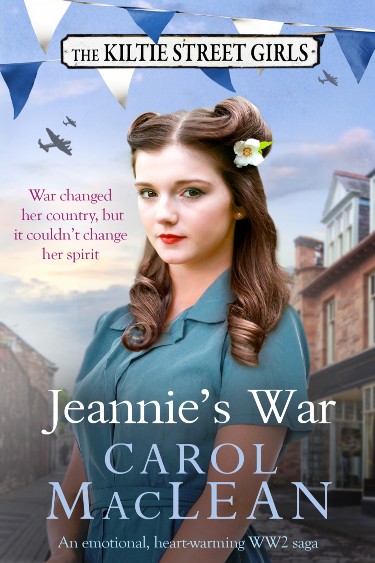 War changed her country, but it couldn’t change her spirit
Glasgow, 1939

Despite being shy and reserved, Jeannie Dougal finds herself newly engaged to handsome soldier, Arthur Dunn, the day war is announced. Jeannie accepts, even if she is unsure if a girl from the tenements will fit in with Arthur’s comfortable, middle-class background. But as WW2 takes its toll on the world, her wedding must wait…
As she sets off to work at a munitions factory she meets Eileen, Janet and Annie. As her new friends bond together in war work, sharing their stories of romance, Jeannie is grateful to be settled with Arthur, even if he is set in his ways.
Until she meets charming Canadian soldier,Bill, and realizes she has found a spark she was always missing. But how can Jeannie tell Arthur? And is she strong enough to fight her own battle, with the country already at war…?
An emotional and romantic family saga set in WW2 Scotland and the start of a captivating new series. Fans of Call the Midwife and Katie Flynn won’t be able to put this down.

Set in Glasgow at the beginning of WW2, I found I couldn’t put it down. It is a quick read, but one that is beautifully written. Here we find Jeannie and her family as they face the hardships of war. What everyone thought was going to be a short war dragged on for years. When the prime minister announces war, Jeannie’s sister teases that Arthur, the guy Jeannie has been on two dates with, will certainly propse before heading off to join the war. Aruthr does that, but not so much proposes as tells Jeannie they are getting married. Shy Jeannie agrees as long as they have a long engagement so they can properly get to know one another.

While she is uncertain of Arthur, she adores his mother, Helen. Once engaged, it doesn’t take Arthur long to show his true colors. While Helen makes the excuse, he takes after his late father. Arthur is very old-fashioned in that he feels women are beneath men. He doesn’t like that Jeannie wants to work at the new munitions factory. Of course, that is just the tip of the iceberg. He’s unemotional, not affectionate, doesn’t like dancing, the cinema, or a whole list of things. He treats his mother like she is an invalid when she is far from it.

While Jeannie should have called off the engagement, she doesn’t want to shame her family or not honor the promise she made. So she sticks it out. One night at a dance, she meets Bill, who is from Canada and is everything that Arthur is not. As Jeannie’s feelings for Bill grow, she finds that the shy and reserved girl she once was has been replaced by someone much stronger.

This was so beautifully written, and I must say I enjoyed all of the characters. Even Arthur, who I hated for how he was, is written in a way that you can’t imagine any other way. He is very much a product of his times. Women were still trying to find their own independence in much of their lives while also trying to be wives and mothers. The war brought new dimensions to their lives, and they were the backbone of the effort.

Carol MacLean lives in the Glasgow area. She began by writing pocket novels, having 18 published before deciding to write an historical saga. She enjoys weaving social history into fiction and imagining how life must have been for ordinary people living through different times.
When she’s not writing, Carol can be found visiting museums or walking around the city looking for traces of old Glasgow to inspire her next novel.
Carol is a member of the Romantic Novelists’ Association.