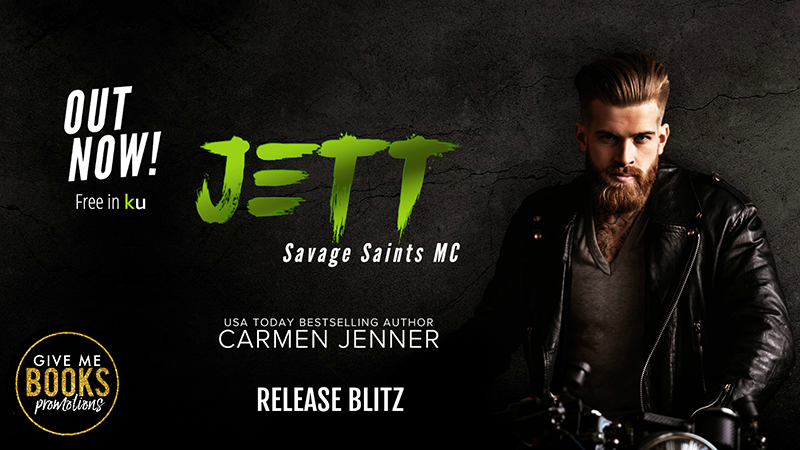 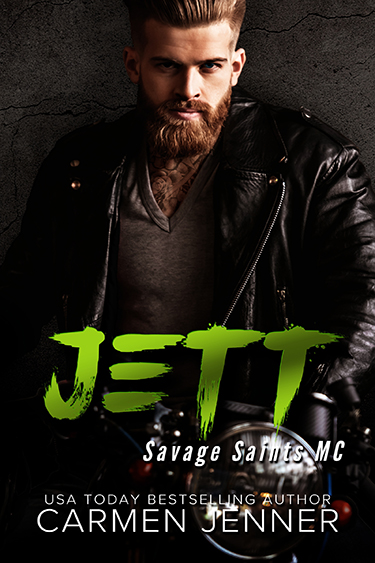 Could you love a man who had become your ruin?

As the president of the Savage Saints MC, I’ve got a million goddamn problems. I thought the woman who cleans my clubhouse would be the least of them. But that’s just what Raine Levick is—a f*cking problem.
My problem.
Not because she’s sweet and likely gonna get herself killed without the club’s protection, but because I can’t stop thinking about her. I can’t stop wanting her.
I’ve got a ring on my finger that belongs to someone else, but when the bodies pile up, staying away from her is a war I can’t win. Even if it breaks us both—and it will break us.

I fell for Jetthro King the second I laid eyes on him. He took me in and gave me a job, a family, and the club’s protection, but he broke my heart all in the same breath.
Love, loss, ruin.
That’s what falling for the MC President gets you.
He’s a married man. I have no right to want him because I’ve been keeping secrets of my own and once Jett finds out, he may never look at me the same way again.

Warning: JETT contains graphic violence, loss, and sensitive subject matter that may cause some readers emotional discomfort. Intended for an 18+ audience only.
Not intended for pussies.

I am new to Carmen Jenner and I must say that I really enjoyed this book. I am a bit of a MC Romance wh***e so this one was right up my alley. The only thing that gave me pause was the idea of cheating but I thought, it pretty goes with the genre so why not. There is plenty of violence, abuse, and other things that could be triggers in this book. I just wanted to be sure everyone was aware.

Jett is the president of the Savage Saints MC and Raine works for them. It is beyond clear that the chemistry for these two is off the charts. The problem is that Jett is married and Raine isn’t willing to go there. Of course when things begin to get dangerous they will have to figure out just what they are willing to risk for one another.

This book pulled me in from the very first page. I couldn’t put it down. There were moments that I cringed with what was happening but I felt like my heart would break if Jett and Raine didn’t end up together. Jett was one of those characters that will leave unsure. There were moments that I adored him and other moments when I wanted to gut himself. Raine was easy to like as a character. All in all this was an excellent read.

I actually have Kick sitting in my library but hadn’t yet begun to read it. I came across it in Kindle Unlimited, thought it sounded interesting, and then other stuff got in the way. In fact I didn’t even put two and two together when I began reading this book. Now, I am going back to read both it and Tank. Not to mention any other in the future, like Grim because that man needs his own book like now!

“Jesus fucking Christ. Can’t a man jack it in peace?”
“Sorry.” My voice is merely a squeak as I consider my options. I could attempt to scurry away before he opens the door, but this hallway is long and there’s no place to hide. Instead, I stand my ground and prepare to face the wrath of a very pissed-off Jett.
Jett yanks back the door. He’s shirtless. Water beads on his chest and torso. Or perhaps it’s sweat. Either way, I’d like to lick it from his skin and shove my hand into those unbuttoned leathers that he’s clearly straining against. His blue eyes switch from murderous rage to easy and inviting all in the space of a heartbeat. “I didn’t know it was you.”
“Yep, only me. Your friendly neighbourhood bar wench.” Friendly neighbourhood bar wench? Oh my God. What is wrong with me?
The corners of his mouth turn up in a smile. One that belongs to another woman, but he graces me with it all the same. His damp wheat-blond hair brushes the tops of his shoulders. Would it be silky to the touch, fall into his eyes or brush my cheek as his body hovered over me? He appears calmer tonight—not at all the menacing man who started his own biker club. Not at all how he looks in his cut, with his scruffy beard, his hair slicked back, and a gavel in his hands. He looks … soft.
But looks are misleading.
Every inch of him is hard … at least, that’s how I imagine him. It’s not as though I’ll ever get the chance to find out. He’s married, and I’m … well, there’s no point in fantasising about something you can’t have.
“I’m heading out for the day.” I’m also blushing right to the roots of my hair. I can feel it. “Unless, of course, you need me?”
He licks his lips. His eyes roam over my body. Those devious baby blues say he needs me, but it’s not to clean his clubhouse.
“I need a lot of things, darlin’.” A quiet sigh passes his lips and washes over my face. He smells like whiskey and cigarettes. It’s a heady mix. Or maybe it’s just the man himself who makes me half-drunk with adoration. “But you go on home. I reckon you’ve had enough of dirty bikers for one day.”

ENTER BELOW FOR YOUR CHANCE TO WIN A $20 AMAZON GIFT CARD.