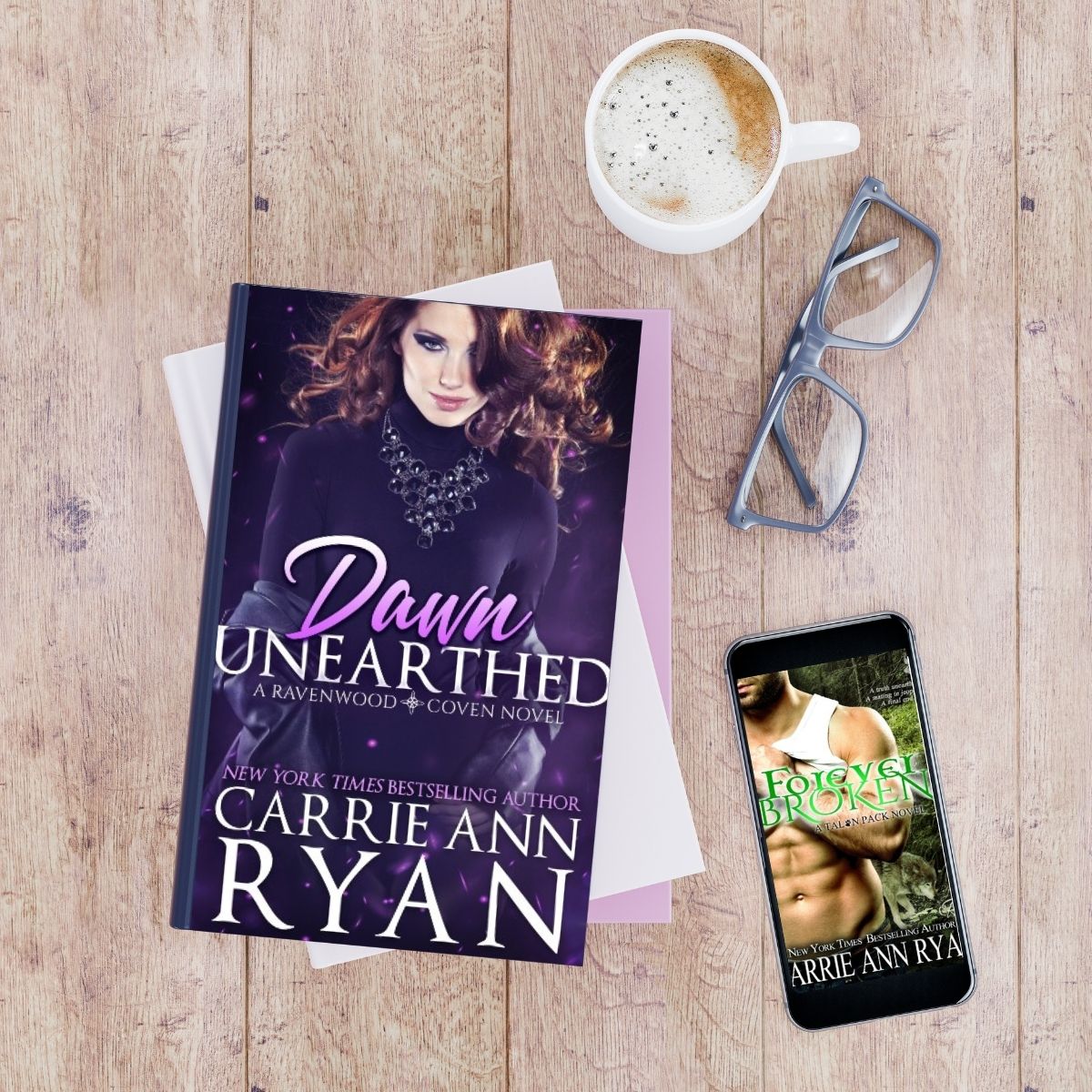 It’s the beginning of a new month which means time for our newest Featured Author! This month we are showcasing two author which will make for a fun and buy month. For this post we are focusing on Carrie Ann Ryan. If you have been with me for a while then you already know how much I love her books and writing style.

In the finale to the award-winning Talon Pack series from NYT bestselling author Carrie Ann Ryan sets, the final Brentwood must find his mate as the war with the Aspens comes to a close.

Cheyenne Liles has watched all of her friends mate into the Talon Pack and have their lives changed forever, one by one. She’s stood back, helpless to assist in the war with a rival Pack. But just when she thinks her time with the Talons is over and believes she should move on with her human life, the Aspen Pack Alpha takes matters into his own hands, altering her fate far more than a single mate mark ever could.

Max Brentwood used to be the smiling one, the only Brentwood who was somehow able to save his soul during the last Alpha’s reign. But his life was irrevocably changed one fateful day on the battlefield, and he was never the same again. Suddenly, Max is forced to face his future and make a choice when Cheyenne comes into danger: let fate decide, or watch his world crumble around him.

The shifters of this world have fought demons, humans, and themselves. Now, it’s time to find out who they truly are as the war between the Packs ends, and the moon goddess finally takes a stand.

Years ago, Annabelle Montgomery married not for love but for a promise of hope. When she lost him weeks later, she told herself she never needed those sentiments again. Only when she discovers years later that her new neighbor is her late husband’s brother, Annabelle finds she can’t quite shake the emotions she’s long since buried.

Jacob Queen vowed he’d never set eyes on Annabelle again. When they’re forced into each other’s lives once more, they realize that no matter how far they run, no distance can keep them apart forever. More than ghosts lay between them, and when they finally give in to temptation, walking away whole may no longer be an option.

NYT Bestselling Author Carrie Ann Ryan begins a new witchy paranormal series where a magical town keeps its secrets, but those in it must find a way to keep themselves safe.

The moment Sage Reed makes her way to Ravenwood, she knows the small town lives up to its mystical lore—even if she doesn’t believe that she’s a witch. After losing her husband, she’s ready for change, and her aunt’s bookstore affords the perfect opportunity.

Rome Baker has secrets of his own—even some that he’s kept from the town he calls home. But when a striking and intriguing stranger saves his life the moment she steps into his path, his inner bear knows that she’s the one for him. However, with the town under fire, he worries he might run out of time before he can show her what they can have together.

A new enemy is on the horizon, one who hides in the shadows, whose history is steeped in lies. And if Sage and Rome aren’t careful, Sage’s new powers won’t be the only thing that spirals into flame.

Now take the time to enter the giveaway below and maybe connect with Carrie Ann Ryan on social media. Trust me when I tell you that she won’t disappoint you. her books always make me feel taken away to another world.

THIS GIVEAWAY HAS NOW ENDED. THANK YOU FOR YOUR INTEREST IN ENTERING. YOU CAN FIDN THE WINNER(S) LISTED ON THE GIVEAWAY WINNERS PAGE FOUND BY CLICKING HERE OR THE LINK IN THE TOP MENU.