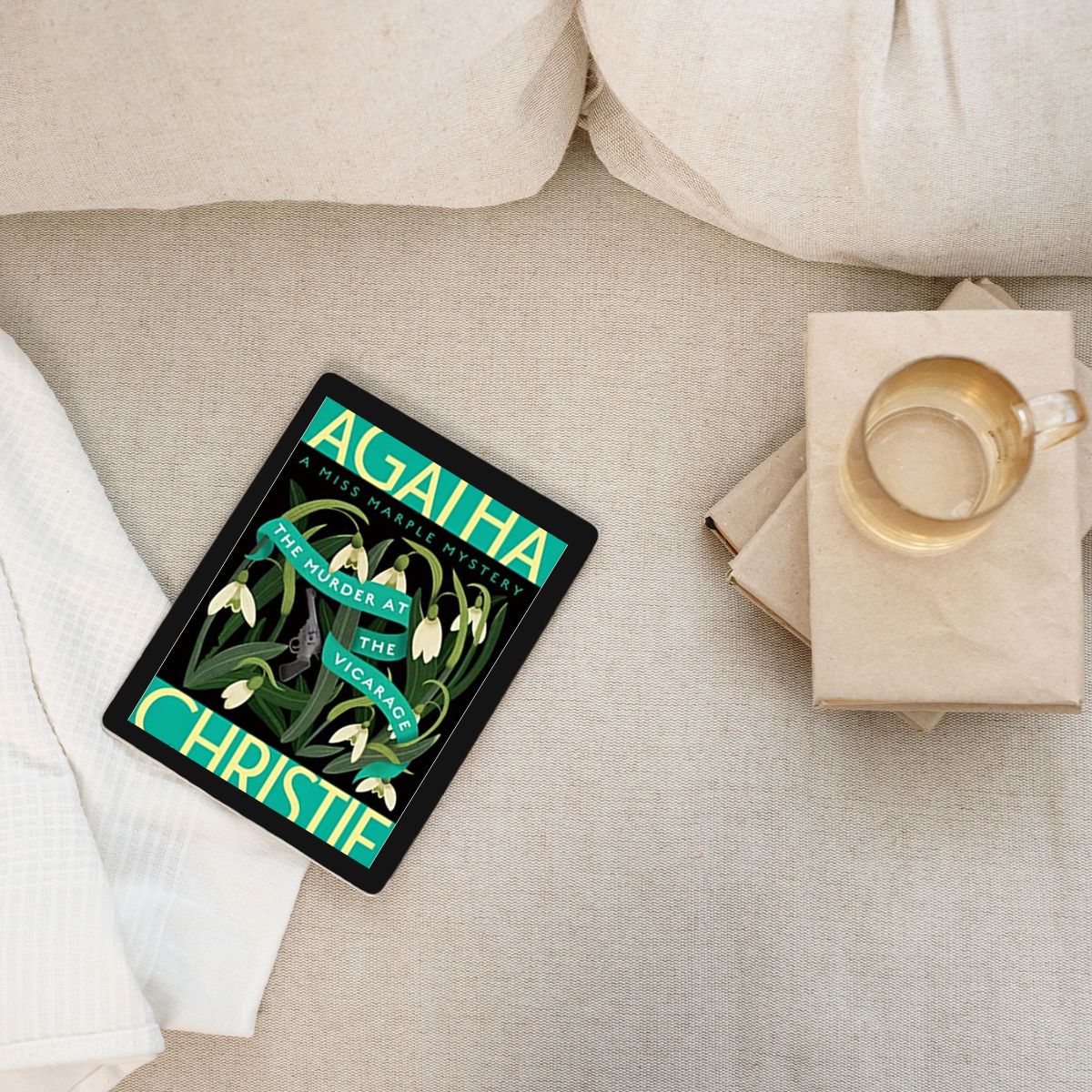 It’s the beginning of a new month which means time for our newest Featured Author! This month we are showcasing Agatha Christie! Well, more formally she’s Dame Agatha Mary Clarissa Christie, Lady Mallowan, DBE. That’s a mouth full for sure but she earned those titles and I thought October would be an appropriate month for her.

I have loved Agatha Christie for most of life. Her books (shows and movies as well) are so wonderful. Hercule Poirot and Miss Marple have long been two of my favorite characters. they are so well written and have such an air about them.

Murder on the Orient Express

Just after midnight, a snowdrift stops the famous Orient Express in its tracks as it travels through the mountainous Balkans. The luxurious train is surprisingly full for the time of the year but, by the morning, it is one passenger fewer. An American tycoon lies dead in his compartment, stabbed a dozen times, his door locked from the inside.

One of the passengers is none other than detective Hercule Poirot. On vacation.

Isolated and with a killer on board, Poirot must identify the murderer—in case he or she decides to strike again.

The Murder at the Vicarage

‘Anyone who murdered Colonel Protheroe,’ declared the parson, brandishing a carving knife above a joint of roast beef, ‘would be doing the world at large a favour!’

It was a careless remark for a man of the cloth. And one which was to come back and haunt the clergyman just a few hours later – when the colonel was found shot dead in the clergyman’s study. But as Miss Marple soon discovers, the whole village seems to have had a motive to kill Colonel Protheroe.

Evil Under the Sun

It seems that no matter how hard he tries, Poirot never quite gets a holiday. This story sees him in Devon, Agatha Christie’s home county, and, of course, among the scantily clad sunbathers, a murdered woman is found.

It was not unusual to find the beautiful bronzed body of the sun-loving Arlena Stuart stretched out on a beach, face down. Only, on this occasion, there was no sun… she had been strangled. Ever since Arlena’s arrival at the resort, Hercule Poirot had detected sexual tension in the seaside air. But could this apparent ‘crime of passion’ have been something more evil and premeditated altogether?

Now take the time to enter the giveaway below and maybe connect with Agatha Christie through her website and learn ore about this amazing author.

Dame Agatha Mary Clarissa Christie is the best-selling author of all time. She wrote 66 crime novels and story collections, fourteen plays, and six novels under a pseudonym in Romance. Her books have sold over a billion copies in the English language and a billion in translation. According to Index Translationum, she remains the most-translated individual author, having been translated into at least 103 languages. She is the creator of two of the most enduring figures in crime literature-Hercule Poirot and Miss Jane Marple-and author of The Mousetrap, the longest-running play in the history of modern theatre.

Before marrying and starting a family in London, she had served in a Devon hospital during the First World War, tending to troops coming back from the trenches. During the First World War, she worked at a hospital as a nurse; later working at a hospital pharmacy, a job that influenced her work, as many of the murders in her books are carried out with poison. During the Second World War, she worked as a pharmacy assistant at University College Hospital, London, acquiring a good knowledge of poisons which feature in many of her novels.

Her first novel, The Mysterious Affair at Styles, came out in 1920. During her first marriage, Agatha published six novels, a collection of short stories, and a number of short stories in magazines.

In late 1926, Agatha's husband, Archie, revealed that he was in love with another woman, Nancy Neele, and wanted a divorce. On 8 December 1926 the couple quarreled, and Archie Christie left their house, Styles, in Sunningdale, Berkshire, to spend the weekend with his mistress at Godalming, Surrey. That same evening Agatha disappeared from her home, leaving behind a letter for her secretary saying that she was going to Yorkshire. Her disappearance caused an outcry from the public, many of whom were admirers of her novels. Despite a massive manhunt, she was not found for eleven days.

In 1930, Christie married archaeologist Max Mallowan (Sir Max from 1968) after joining him in an archaeological dig. Their marriage was especially happy in the early years and remained so until Christie's death in 1976.

Christie frequently used familiar settings for her stories. Christie's travels with Mallowan contributed background to several of her novels set in the Middle East. Other novels (such as And Then There Were None) were set in and around Torquay, where she was born. Christie's 1934 novel Murder on the Orient Express was written in the Hotel Pera Palace in Istanbul, Turkey, the southern terminus of the railway. The hotel maintains Christie's room as a memorial to the author. The Greenway Estate in Devon, acquired by the couple as a summer residence in 1938, is now in the care of the National Trust.

Christie often stayed at Abney Hall in Cheshire, which was owned by her brother-in-law, James Watts. She based at least two of her stories on the hall: the short story The Adventure of the Christmas Pudding, and the novel After the Funeral. Abney Hall became Agatha's greatest inspiration for country-house life, with all the servants and grandeur which have been woven into her plots.

To honour her many literary works, she was appointed Commander of the Order of the British Empire in the 1956 New Year Honours. The next year, she became the President of the Detection Club.

THIS GIVEAWAY HAS NOW ENDED. THANK YOU FOR YOUR INTEREST IN ENTERING. YOU CAN FIDN THE WINNER(S) LISTED ON THE GIVEAWAY WINNERS PAGE FOUND BY CLICKING HERE OR THE LINK IN THE TOP MENU.