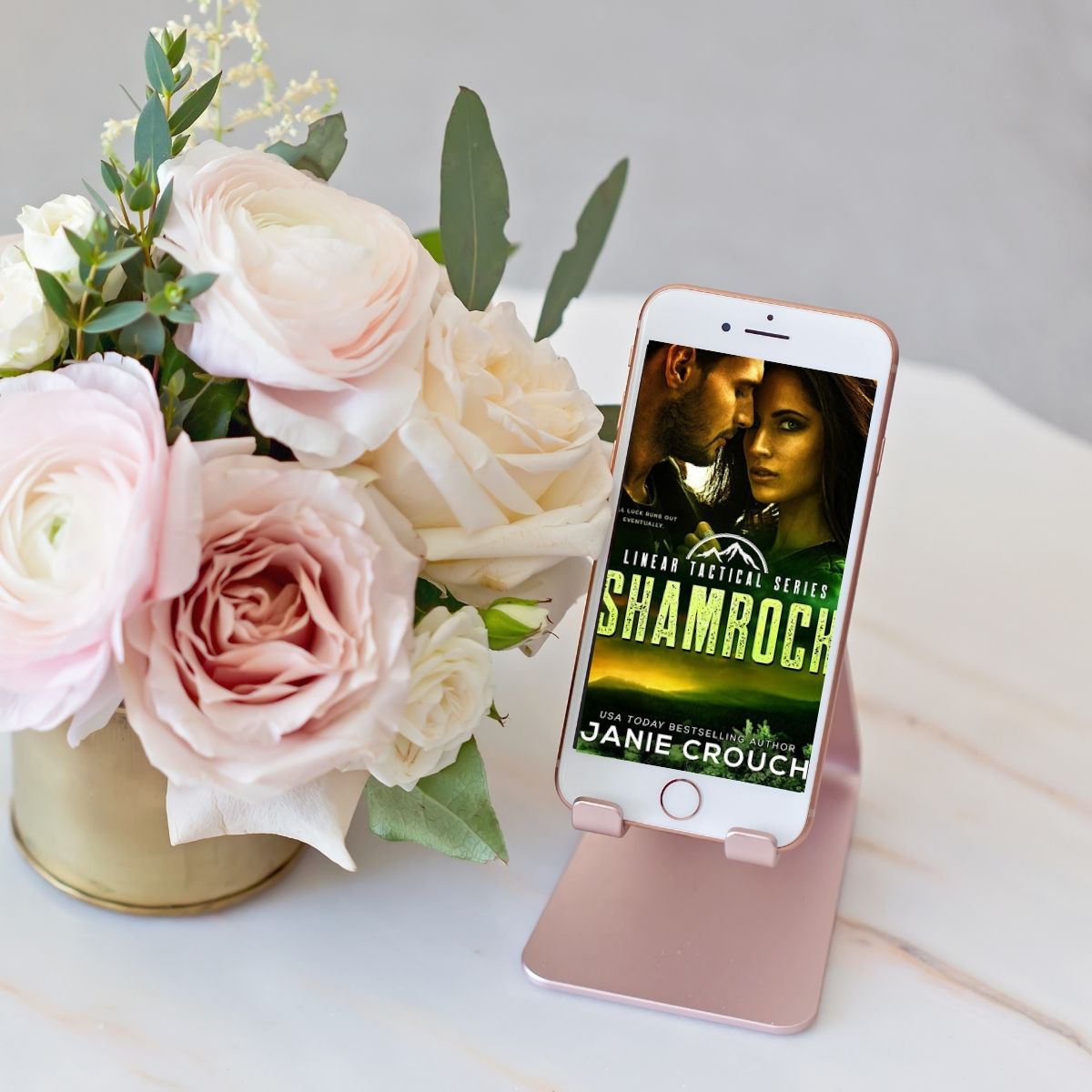 Have you had a chance to check out Shamrock yet? I have purchased it but have been so busy I haven’t had a chance to sit down and read it. To be honest I want to enjoy each and every page and am planning on reading it during my Christmas break I plan on taking. It will give me a few days to catch up on all of my reading. Trust me this book is at the TOP of that list! If you haven’t checked it out yet I am more than certain that it is going to be a great one!

Every mission has a price.
He never meant for her to pay it.

Aiden has never left anyone behind. Not a comrade and certainly not an innocent. But when an undercover mission goes wrong, he’s forced to abandon a woman trapped in a human trafficking ring.Violet learned brutally that no one is promised a happy ending. She knows Aiden blames himself for his part, but she refuses to let her abduction define the rest of her life.She won’t be a victim again. And she’s going after what she wants: Aiden.

Watching Violet transform herself into a fierce warrior is the sexiest thing Aiden has ever seen. The honorable plan would be to stay away from her–let her heal and grow without the shadow of his mistakes clouding her progress–even though every instinct tells him to claim her for his own.

But when they discover the danger they thought they’d left behind is closer than ever, they’ll have to face their deepest fears and fight side-by-side in order to survive.

Violet knew what she wanted.

No more being passive. No more agreeing to what might in fact be good for her but wasn’t what she really wanted.

“You respect me,” she said gently.

The relief flashed and Aiden’s hazel eyes. “Yes. I have nothing but respect for you.”

His brows furrowed. “You’re welcome for all those things. But there’s no need—”She put her finger up to his lips. “I just wanted to say it one more time to make sure I’d been clear. Because now I’m done saying thank you. And I think you better take me inside. Otherwise, Mrs. Mazille and her neighborhood watch might get quite an eyeful with what I’m planning to do to you.”

There was only so much a man could take. A line where he snapped. A great deal of his Special Forces training had been spent learning how to push that line as far back as possible.

But when Violet’s fingers reached for the hem of the T-shirt covering her body and began pulling it off, Aiden found his line very clearly.