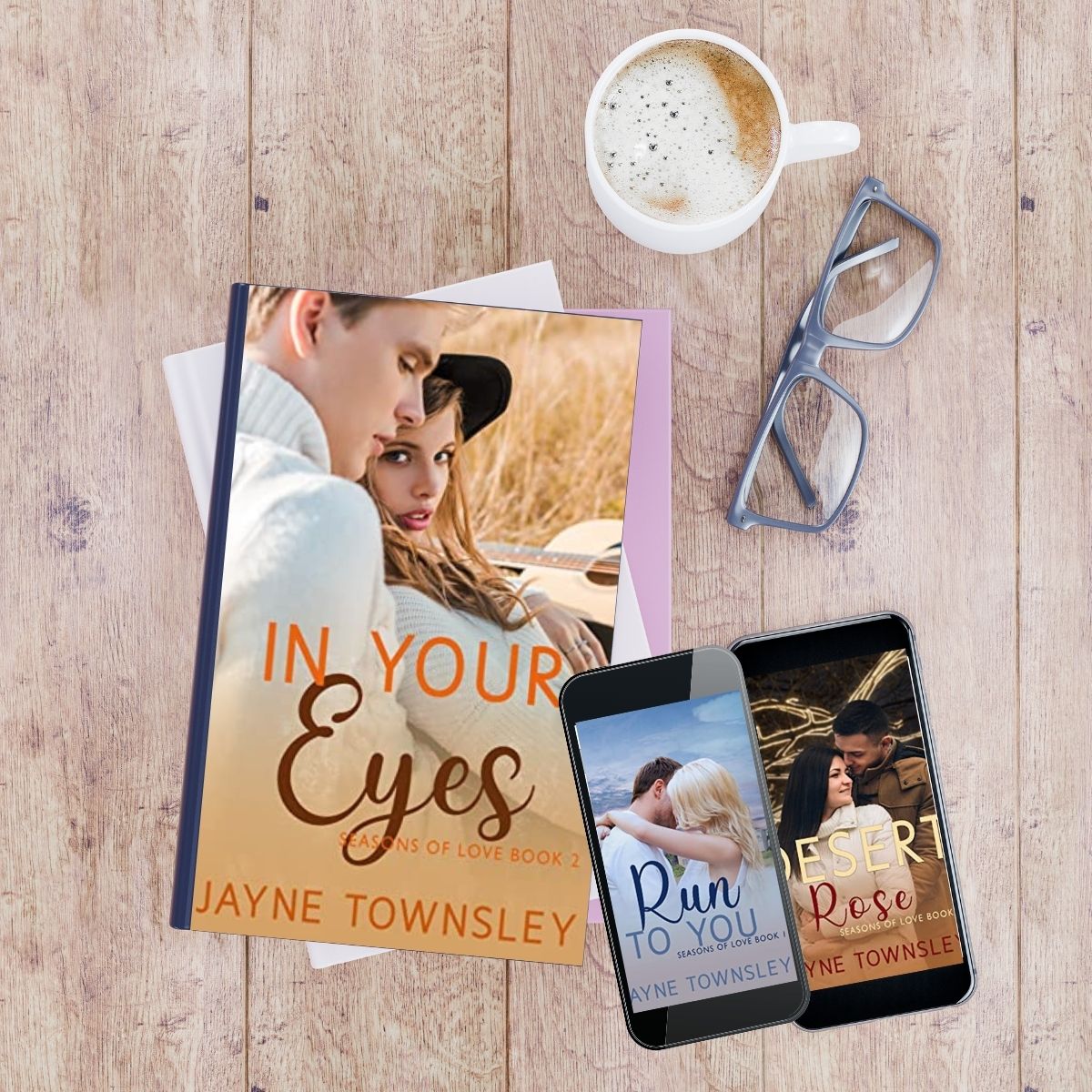 This entire series thus far has been so good! I really couldn't do it justice with my words, but I will definitely try. Every book just seems to get better and better. While this is another one of those reviews that ended up much later than I had planned because of my health, I will say that I am glad it ended up this way. I was so busy before that I don't think I would have appreciated this series as much as I did. Being forced to slow down allowed me to truly immerse myself in the series and appreciate it for the work of art that it is. 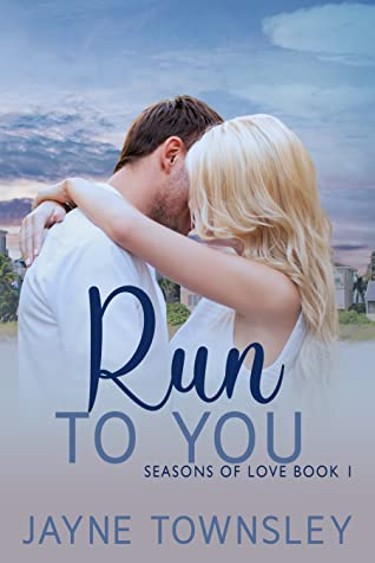 A friend of the family has done despicable things and has his eyes set on Rin and she has no idea what he has in store for her.

Rin lost her mother four years after the murder of her best friend on the night of their high school graduation. Although her mother’s death was unexpected, there is nothing suspicious about it whereas Hannah’s death is an open cold case. At least Rin thinks her mother’s death was nothing more than an untimely tragedy. Going on the long dreamed of post-college vacation that she and her friends have been planning since grade school, she hopes to leave the pain behind for a bit and relax in the Florida sunshine.

Kevin loves his life and his job as an Army Ranger. When he and his Army brothers use some well-earned time off to visit Panama City Beach, he’s not expecting to meet the woman who will change his life forever. A woman being hunted by an unknown monster intent on keeping them apart by any means necessary.

Can Kevin keep Rin from Hannah’s fate? Or is it his turn to face loss like Rin?

This is the author’s first book as well as the beginning of the series, and let me tell you, it kept me on the edge of my seat. We do find out who the bad guy is pretty early in the story, but it doesn’t take anything away from the storyline itself. We still have to take the journey of just how far he will go and what he will do to achieve his goal. I will say, as far as bad guys go, he takes that cake! He is awful and could be a trigger for some readers, so be aware.

The CRASH crew is pretty great! They are Crystal, Rin, Amy, Sarah, and Hannah, who you’ll find are the heroines in each book, with Hannah being the exception as she is no longer with the group. They do stay in touch with her mother. Trina, Hannah’s mother, had some issues, and with Hannah’s death, the girls have reached out more to help her overcome them. I love that part of the story. When a friend dies, we often forget that others in our lives may also require assistance.

This book focuses on Rin, who is planning to be a teacher, and Kevin, who is an Army Ranger. Since I grew up with them, I love anything with the Rangers! Rin has lost her mother, and, of course, Hannah’s murder has taken its toll on her as well. As a result, she and the rest of the crew travel to Florida for some much-needed rest.Kevin and his buddies are there for a break as well. What neither expected to find was each other or the horrible man hunting Rin.

This will keep you on the edge of your seat as you find out just how far some people will go to get what they want. I was ready to start biting my nails. I did enjoy this being a clean romance, as I don’t often find that in the books I read. It was rather refreshing. 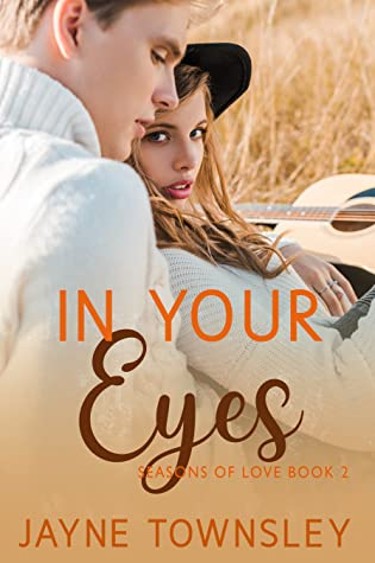 Crystal Davis got her wish for the Crew’s long-awaited post-graduation trip. Sun and fun before focusing on her new career as a pediatric RN at St. Francis’ Children’s Hospital in Tulsa, Oklahoma, was just what she needed. Bonus? She met Troy Bennett, and she realized she wanted less frivolity in her life and a little more serious.

Troy Bennett is a man fighting the demons who tell him he is worthless every day of his life. Demons his mother conjured. He quiets them with alcohol and casual relationships, never allowing any woman to get close enough to him so he will never have to disappoint one. Then on the spur of the moment trip to Panama City Beach with his Ranger buddies, he sees the future he’s always been afraid to pursue exit a Jeep Wrangler at a local donut shop.

Just as Troy and Crystal are finding their footing, she gets the call she never thought she would earn: Crystal Davis is going to Hollywood to be a contestant on America’s Next Chart Topper. What started as a way to honor her murdered friend has now become her dream. Chasing her dream means leaving Troy behind for a bit, and she wonders if her absence will cause what they’ve built so far to come crashing down.

Chasing her dream also means she’s put herself in a place where she’s vulnerable to the side of Hollywood that no one wants to acknowledge. A place where people only care about her and Troy’s story for the audience while behind the scenes, evil, selfish people work to tear them apart

This time we get the story of Crystal and Troy. Crystal, of course, is trying to take a break after the murder of her friend Hannah while Troy is with his friends, who include Crystal’s cousin. We do a prologue, and I will say I feel as though you must read the first book to fully understand where we are in this story. While Troy is fighting his demons, Crystal gets to fulfill her dream of going on a television talent show.

To be honest, there were so many things in this one that I almost gave it fewer stars.I loved the story and Troy was a character that I felt for, especially after his childhood experiences were expalined. I felt like there could have been more, but then after coming to the end, I realized that this was just the way it needed to be. Both characters are well written and they work well together. 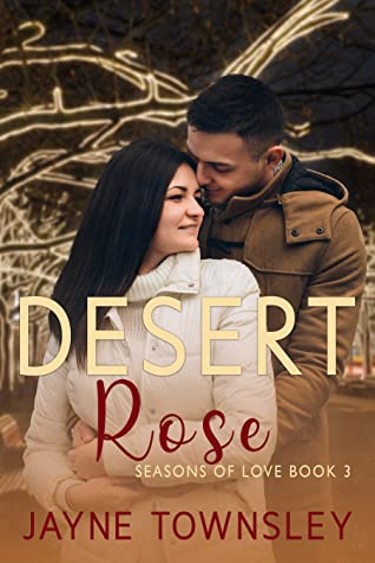 Eight years ago, Sarah trusted Christopher on her 16th birthday, and it was trust misplaced. His abusive nature reared its ugly head, and Christopher was removed from her life so that she could raise their child in safety.

Eight years ago, Benjamin Reed told his girlfriend Pam that he couldn’t take any more of her physical abuse. He couldn’t handle any more betrayals. Pam either needed to get clean and commit or leave his life and never contact him again. She chose to leave and took with her the baby he knew nothing about.

As Ben and Sarah cautiously work their way to trusting one another, both Christopher and Pam come crashing back into their lives.

Christopher returns to Oklahoma, professing to be a changed man and hoping to reclaim both Sarah and Amber, the child he left behind. He is done missing his daughter, and Christopher swears he is ready to make things right.

Ben and Sarah are working their way through these rocky waters when Ben gets a call from Georgia that he never expected: Pam wants to talk to him about their son, Tristan. A son that Ben didn’t know existed. Pam’s clean, sober, and had a life-changing event that has her reaching out to him for help. Can he come to Georgia so she can explain everything?

Can two people newly in love and with significant trust issues overcome their fears to give each other the room they need to deal with such overwhelming circumstances?

We are up to Sarah, who has a daughter with her abusive ex. She has been working on her relationship with Ben, who also has an ex who was abusive and an alcoholic. Of course, Ben has a son with said ex that he knew nothing about when she left. Just as Sarah and Ben begin to build something good between both exs, they come crashing back into their lives.

Oh my, this one gave me all the feels. I can definitely feel a connection with Sarah, and learning to trust after being in an abusive relationship is not easy. She has worked so hard to build something for herself and her daughter, only to have her ex come back, thinking he can change all of it. As for Ben, I can only imagine how he must have felt to find out he had a son. If you read no other book in this series, you must read this one It is so well written and Ben and Sarah are the couple to root for.