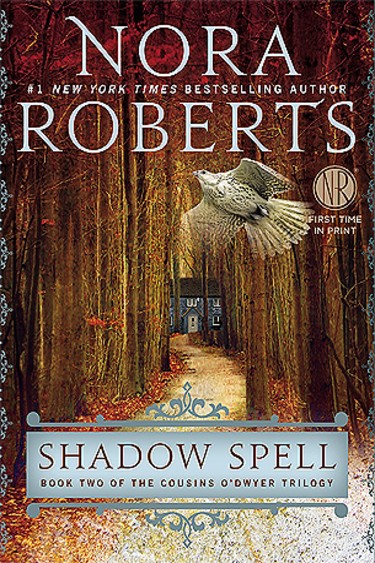 With the legends and lore of Ireland running through his blood, falconer Connor O’Dwyer is proud to call County Mayo home. It’s where his sister, Branna, lives and works, where his cousin, Iona, has found true love, and where his childhood friends form a circle that can’t be broken… A circle that is about to be stretched out of shape—by a long-awaited kiss. Meara Quinn is Branna’s best friend, a sister in all but blood. Her and Connor’s paths cross almost daily, as Connor takes tourists on hawk walks and Meara guides them on horseback across the lush countryside. She has the eyes of a gypsy and the body of a goddess…things Connor has always taken for granted—until his brush with death propels them into a quick, hot tangle.

Plenty of women have found their way to Connor’s bed, but none to his heart until now. Frustratingly, Meara is okay with just the heat, afraid to lose herself—and their friendship—to something more. But soon, Connor will see the full force and fury of what runs in his blood. And he will need his family and friends around him when his past rolls in like the fog, threatening an end to all he loves…

Compared to the first I felt like this one was much better. We still got some of the history aspect and got to learn more about Eamon, the boy that Connor is descended from. I will say once again that I think the story of Eamon, his sisters, and their mother would work well as a book of their own. That is just my opinion though.

In this book we have a life long friendship between Conner and Meara that never seems to be more than that until the day that it is. Although there are plenty of hints of how they feel about one another. While Meara is like Boyle and has no powers, Cabhan sees her as a weak link. He knows if he can take her he will weaken them all.

In this book we get the friendship between Meara, Connor, Iona, Boyle, Branna, and Fin more than we did in the first. In fact, Boyle is much better in this book, in my opinion. This book really takes us into the lives of those involved and I loved that about it. We also see a little more of the chemistry between Branna and Fin.