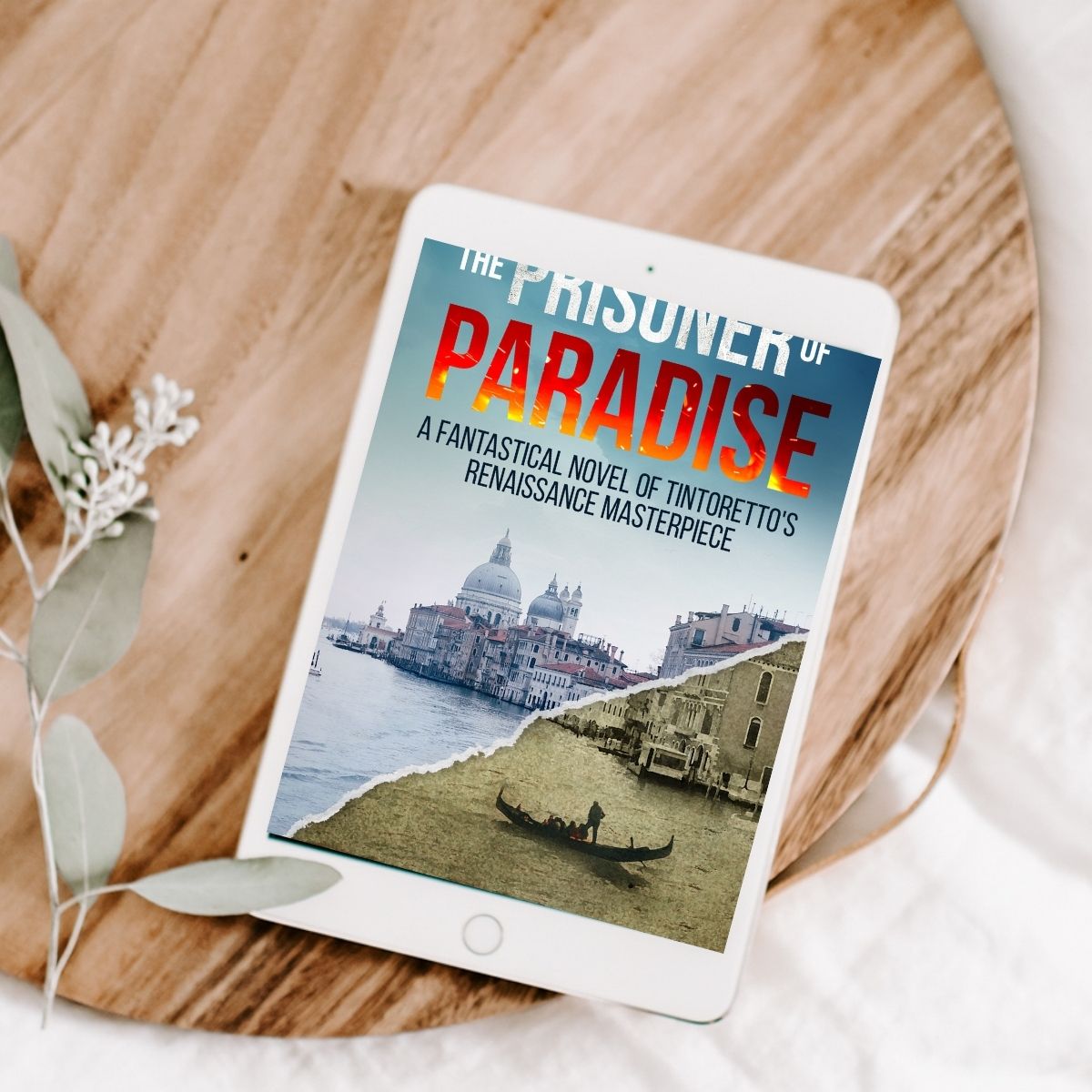 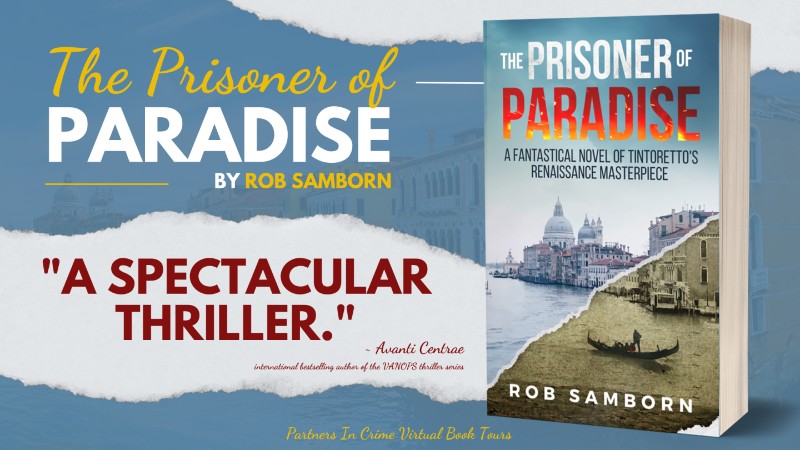 Grabs you from page one and doesn't let you go until the very end. One of the most wonderful mysteries I have read this year. 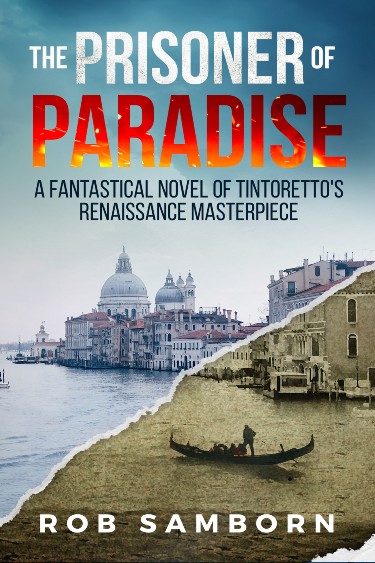 Rating:
The Prisoner of Paradise by Rob Samborn
Series: The Paradise #1
Genres: Mystery

Nick and Julia O'Connor's dream trip to Venice collapses when a haunting voice reaches out to Nick from Tintoretto's Paradise, a monumental depiction of Heaven. Convinced his delusions are the result of a concussion, Julia insists her husband see a doctor, though Nick is adamant the voice was real.

Blacking out in the museum, Nick flashes back to a life as a 16th century Venetian peasant swordsman. He recalls precisely who the voice belongs to: Isabella Scalfini, a married aristocrat he was tasked to seduce but with whom he instead found true love. A love stolen from them hundreds of years prior.

She implores Nick to liberate her from a powerful order of religious vigilantes who judge and sentence souls to the canvas for eternity. Releasing Isabella also means unleashing thousands of other imprisoned souls, all of which the order claims are evil.

As infatuation with a possible hallucination clouds his commitment to a present-day wife, Nick's past self takes over. Wracked with guilt, he can no longer allow Isabella to remain tormented, despite the consequences. He must right an age-old wrong - destroy the painting and free his soul mate. But the order will eradicate anyone who threatens their ethereal prison and their control over Venice.

This one grabbed my attention and didn’t let go. When I said I was going to branch out with my reading this is what I meant. The intrigue in this was more than I expected but in the best possible way. This is Rob Samborn’s debut novel and I would say he knocked it out of the park.

Nick gets hit on the head and ends up not only in the 15th century but as Angelo. You can imagine how difficult this is for Nick. We find out that he has lived many lives but never remembered any of them. He wants to leave and go back to himself but little things in the past tempt him to stay. After all who wouldn’t want to stay and right the wrongs done to the love of his life. Wrongs that he, himself did.

All of this throws Nick and his wife into a world of conspiracy on the Venetian canals. We are talking secret passages, antique keys, and much more. Nick has to make choices that most of us would find beyond difficult.

As I said I enjoyed this book. It is well written, well researched, and made me think of books by Ian Fleming. I can’t wait for the next one to come out and see what else happens in this series.

The flood of questions never left Nick’s lips. Large hands wrenched him up by his armpits.

A hushed voice spoke in his ear. “Come with us. Quietly.”

Nick twisted his head to his sides. Bernardo led him away, staring straight ahead. Another security guard in a navy-blue suit flanked him. The man was about Nick’s age, with a close-cropped beard and light brown hair pulled into a tight ponytail—and considerably heftier than Bernardo.

Nick whipped his arms from Bernardo’s hold. Twisting, he whacked Dante’s earpiece, jamming the device into the large man’s head. Then he shouldered him into the nearest wall. Appalled gasps rose from the remaining tourists.

Bernardo grabbed Nick from behind. Nick’s elbow blasted backward, landing with a shattering blow in the man’s ribs. Dante dug his finger into his ear and pulled the piece out. He flicked it at Nick, poised to attack.

In addition to being a novelist, Rob Samborn is a screenwriter, entrepreneur and avid traveler. He’s been to forty countries, lived in five of them (including Italy) and studied nine languages. As a restless spirit who can’t remember the last time he was bored, Rob is on a quest to explore the intricacies of our world and try his hand at a multitude of crafts; he’s also an accomplished artist and musician, as well as a budding furniture maker. A native New Yorker who lived in Los Angeles for twenty years, he now makes his home in Denver with his wife, daughter and dog.